Ignorant or Malicious? Probably Both. With Cowardly Thrown In.

A great article from Isi Leibler that will strike a resonant chord around here:

Read on for article
I must confess to a rising sense of frustration and rage when observing the increasing number of ill-informed and fallacious critiques of Israel by liberal Diaspora Jews…writes Isi Leibler. 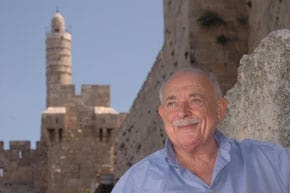 Isi Leibler
This is not in reference to the loathsome so-called anti-Zionist Jews who call for boycotts of Israel. Nor even to jaundiced far-Left Jewish groups like J Street, that inflict considerable damage on the Jewish state by calling on the US government to pressure Israel, or orchestrate petitions such as those recently circulated among liberal Jewish clergy demanding that Israel cancel plans for residential construction in Jerusalem’s Jewish suburbs and the E-1 area.
I refer to those Jews who, when it was fashionable, were enthusiastic supporters of Israel. But the estrangement of many of their liberal non-Jewish friends from the Jewish state encouraged them to also assume politically correct attitudes, even adopting an “anti-Zionist chic.” Some were swept up in the tide of post-modernism with its often espoused view that Israel was born in sin and represents one of the last bastions of colonialism.
This was an evolutionary process which began with the progressive application of moral equivalence to Israelis and Arabs and climaxed with Binyamin Netanyahu’s election and demonization as an extremist nationalist. At this point, these Jewish liberals began chanting the mindless mantra that Israel had become obsessed with maintaining “the occupation.”
They adopted the Arab narrative that settlements represented the greatest obstacle to peace, dismissing the fact that settlements comprise only two percent of territory over the Green Line and that since Oslo, every territorial concession from Israel merely emboldened Palestinian radicals and resulted in intensified terror.
...
Do read it all. The simple unpleasant truth and plain common sense.

Posted this in the nicely  functioning comment box at the J-Wire thread for Isi's article.  I bet pretty well every one else around there calls him Isi so I guess I should too even though I have never met him.

My comment was directed at the previous commenter robert but it could just as easily be at Isi's important piece.

Well done Shirl BTW. Your kvetching was a mitzvah

January 17, 2013 12:29 pm at 12:29 pm
Well said.
Professional Jews. People who are Jews only because they are anti-Israel.
If you want to leave Jewishness then leave. That is easy anywhere where Jews live but especially in the US, Australia and Europe. But to then use a Jewish identity to attack the Jews or Jewishness and especially Israel suggests something unpleasant at the very core of their souls that might be best left unexplored.,
Especially from the comfort of the other side of the planet.
That is what I believe.
They have forgotten the most important lesson of the last century. Ultimately it is they who define who is a Jew. As surely as slave-owners defined who was black in the century before.