What about their secrecy?

An excellent piece at J- Wire.

As if there has never been a death in custody in an Australian prison.

As if Australia laws do not allow for trials " in camera" for people accused of national security crimes.

As if there has never been such trials even in peace time.


The Ben Zygier case: Questions that not even the journalists are asking…a J-Wire editorial

Read on for article
As intriguing as the Ben Zygier case undoubtedly is, there is perhaps an additional, unstated reason it has attracted the level of media frenzy we have seen over the last two weeks.  The entire incident raises searing questions about the ethics and responsibilities of journalists. 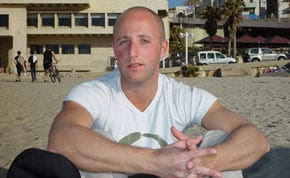 Ben Zygier Photo provided and copyright
Journalists routinely berate governments for maintaining secrecy about security matters.  Some of them seek to penetrate that secrecy, despite the obvious risks to the lives of agents, and to the success of the operations in which they are involved, that ensue when security leaks occur. Wikileaks has been responsible for some notable examples.
Yet when it comes to divulging their own sources of information, journalists are far more secretive than any government, and with considerably less justification.  For a journalist to divulge the identity of a source of information might expose that source to adverse consequences, but what consequence could be more adverse than loss of life?
Journalists must of course keep their sources strictly confidential, but their failure to respect the need of others for confidentiality – especially in security matters when lives are usually at stake – reeks of hypocrisy.
Let it not be forgotten that the chain of events that led to Ben Zygier’s death began in late 2009 with the leaking of information to a journalist – Fairfax’s Jason Koutsoukis – about Ben, his various name changes and alleged Mossad activities.   For all the media hype, here are the salient questions, most of which journalists are NOT asking:
The dark corners of the world of journalism are every bit as murky as those of the world of espionage. This should not come as a surprise.  The activities of the two worlds are not unrelated. Even accepting, as I do, that Ben Zygier died by his own hand, I cannot help wondering how many other hands around the world are stained with his blood.
Henry Benjamin [Editor]
Posted by geoffff at 4:57 PM